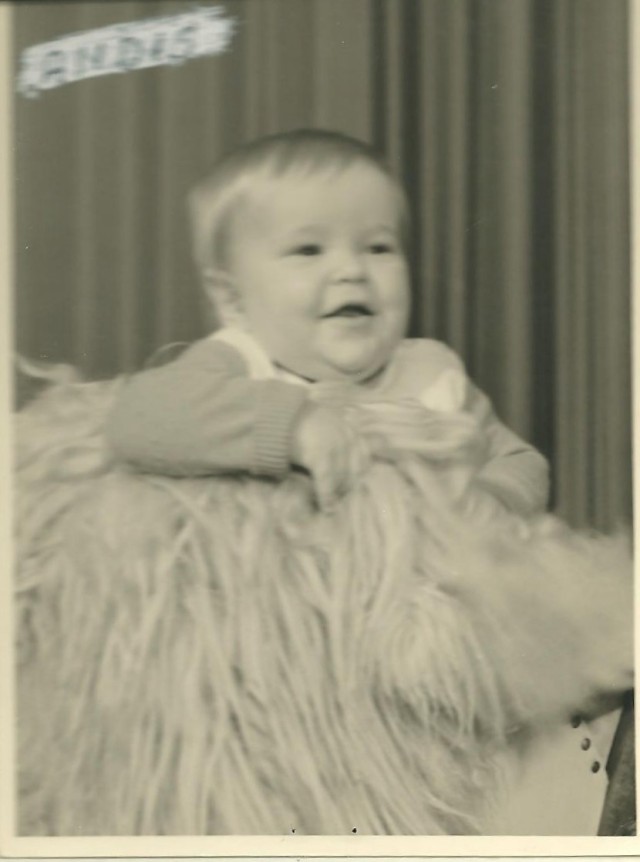 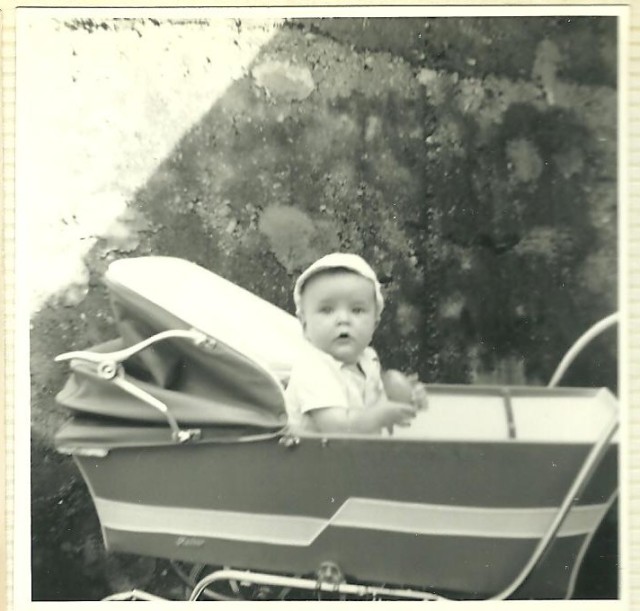 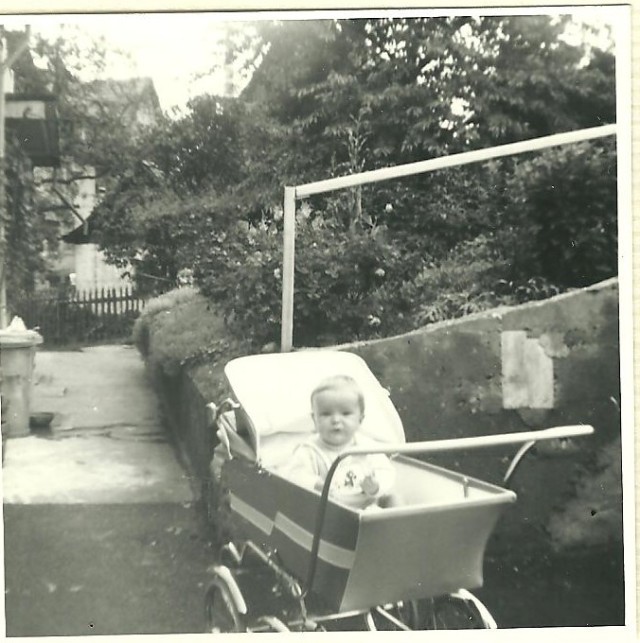 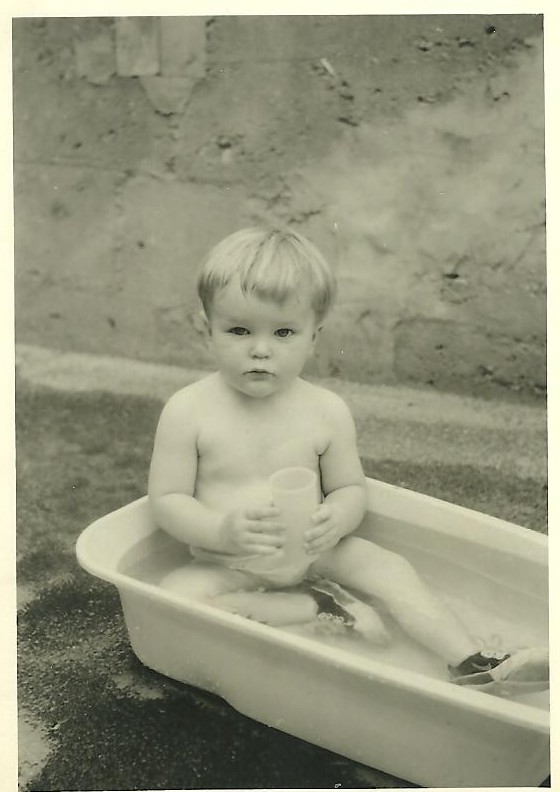 The man I would later become: 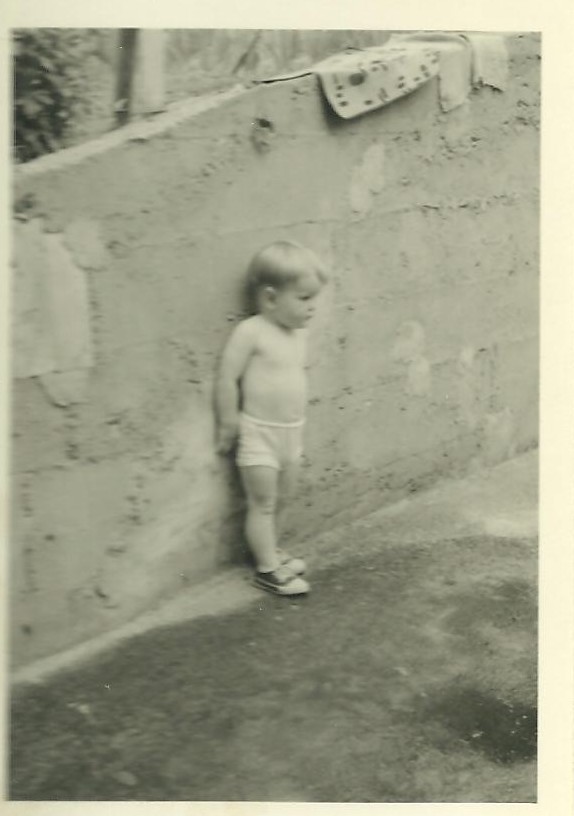 I believe that this photo was taken in Holland 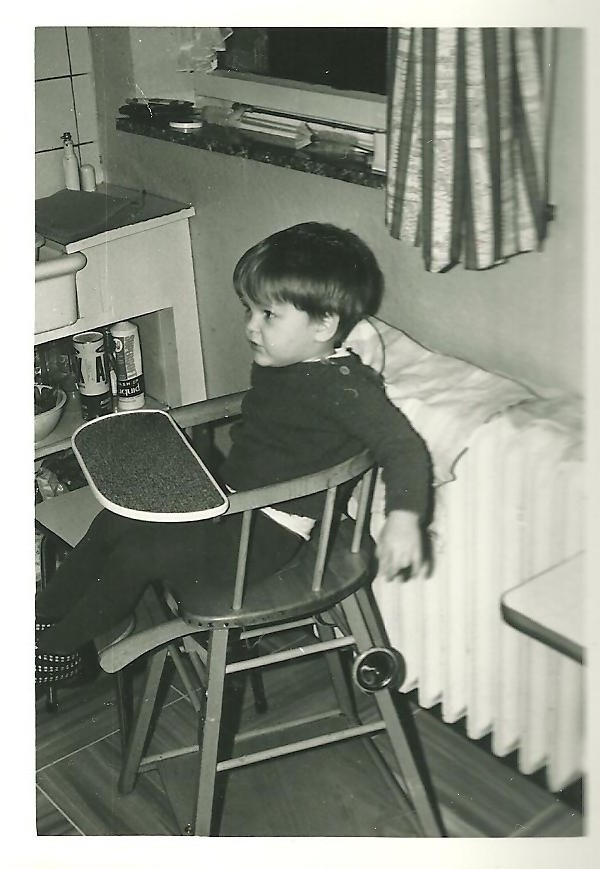 That is my younger sister Benita with Mom and Me in the photo below. 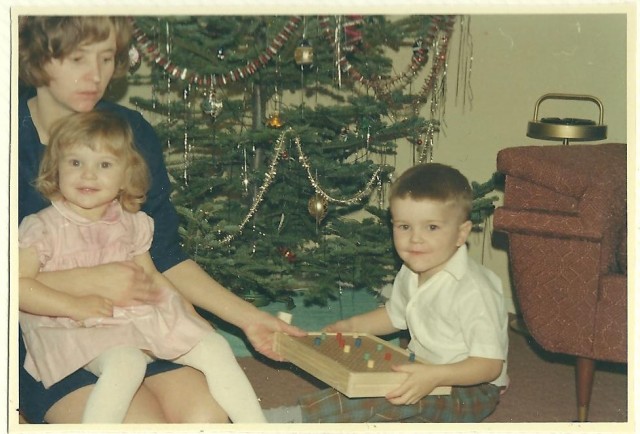 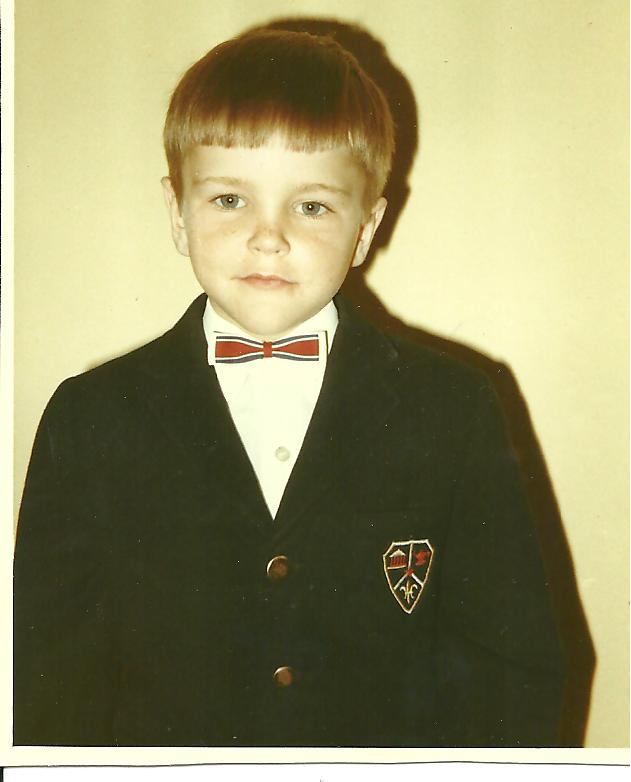 That is my sister Benita, our dog Pepsi and me.  We had to give up Pepsi when Dad got posted to Quebec.  It is the first heartbreak I can remember in my life.

Me and my Kid Brother Ron: 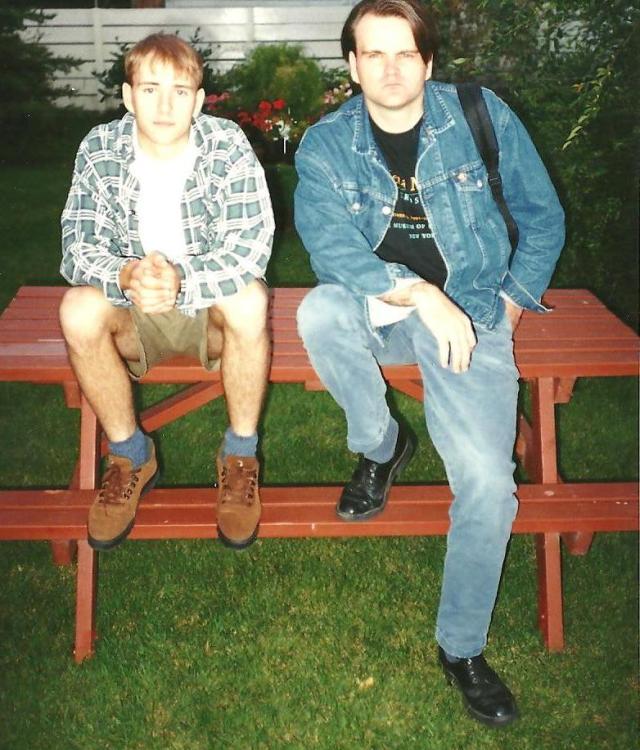 Two photos of me in the late eighties in Winnipeg with dyed hair, yellow socks and a Velvet Underground t-shirt. 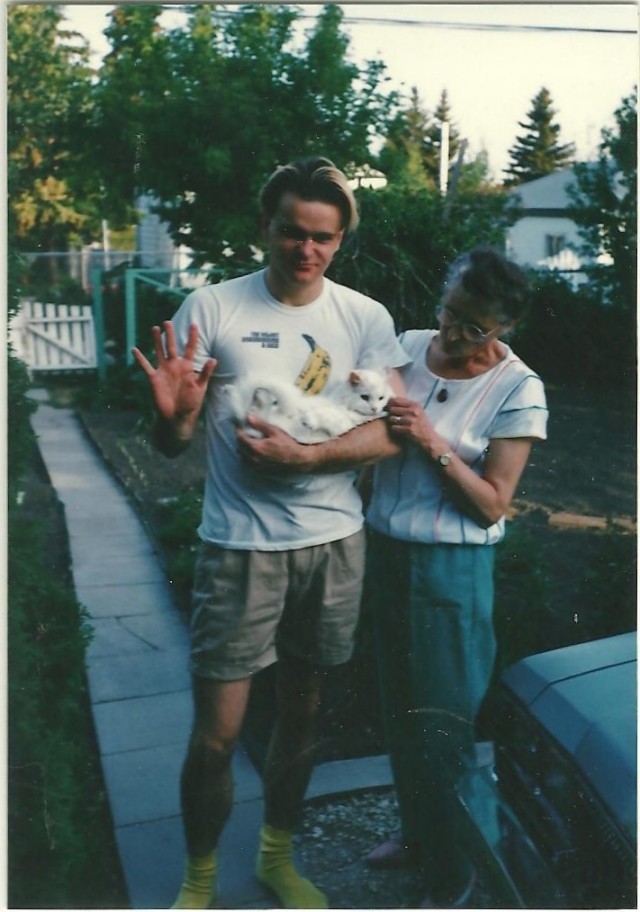 With  a Beard  and without a beard. 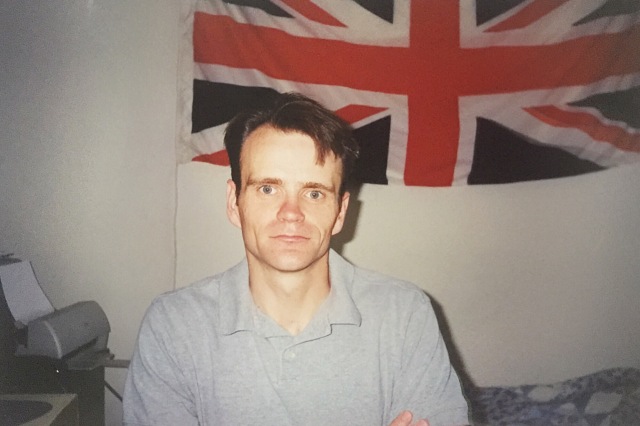 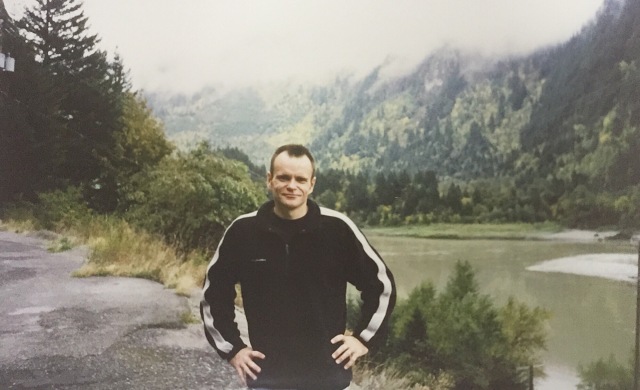 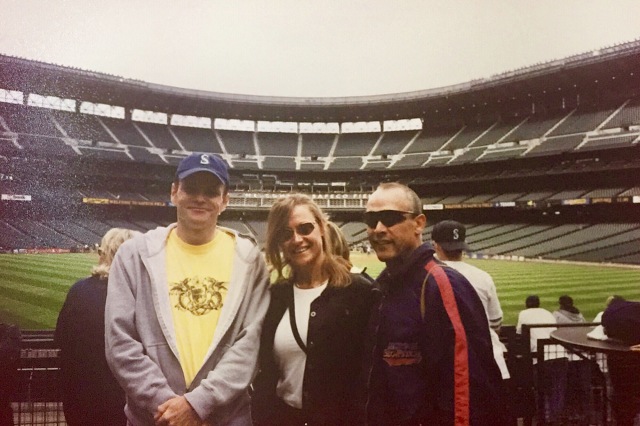 With Don and Collean at Safeco Field around the year 2000.