A Photo and A Video.

I took this lovely photo, Saturday, on my way to work.  It was taken from the footbridge near our apartment complex. 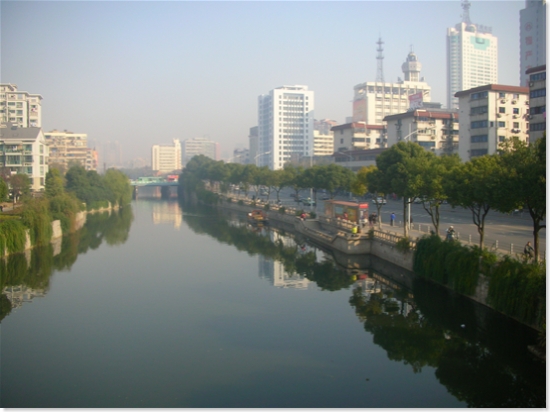 A few moments later I took this video of what I saw as I walked down Houxixi.

An English Teacher in Wuxi, China. Married to a local girl. Father of a boy born August 23, 2007.
View all posts by wuxiandis →
This entry was posted in Uncategorized. Bookmark the permalink.

1 Response to A Photo and A Video.