This was taken in the hospital.

This was taken at the apartment. 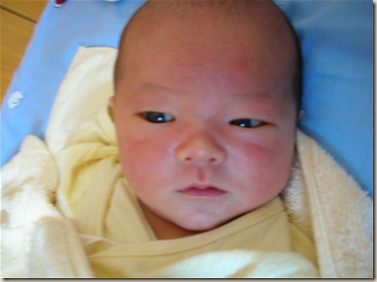 Anthony or Tony has a serious-seeming expression in this photo.  I am hoping he has some Churchillian iron resolve in his eventual character.

Oh my god!  I just realized that Tony Robbins name has a Tony in it.  Yuck!

Anthony Hopkins.  He has had his moments as an actor.

But than there is Tony Perkins.  He played Norman Bates in Psycho.  Maybe the look I see above is the cold stare of a tough guy.

Speaking of coldness, my wife just told me that while she was in the hospital, a girl baby was abandoned.  The mother, who had gone to the hospital by herself, said she was going downstairs to pay the hospital bill and didn’t return.  If the mother didn’t return in another 12 hours, the hospital would have to call the police.