Tony weighed more at birth than I initially reported.  I was told his weight in jin.  7.2 jin is 3.6 kg is 8 lb.  Way to go Tony!   Thanks to Simon’s wife Nicole for pointing this out to me.  Nothing I like better than revising good news so that it is better.

Speaking of Tony, here is a picture of him and his mother taken last night. 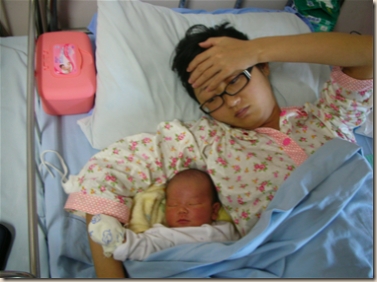 Isn’t he cute?  I can’t think of a way to express how happy he makes me feel when I look at him.  But damn it!  He is awesome. 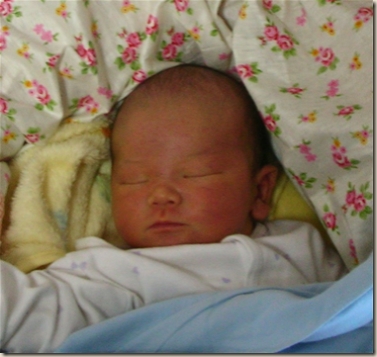 The past five days hasn’t just been about staring at the baby.  Being the father, you spend a lot of time waiting and looking at things.  Being on the ninth floor of the hospital, I had a good view of Wuxi including the downtown and the area around Xihui Park.  Here are a couple photos I took of interesting and curious things. 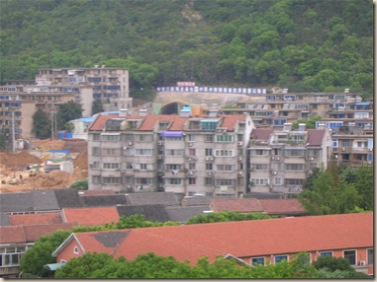 I don’t know if you can see but it looks like they are building a tunnel.

Below you can see an interesting way to get rid of old vehicles. 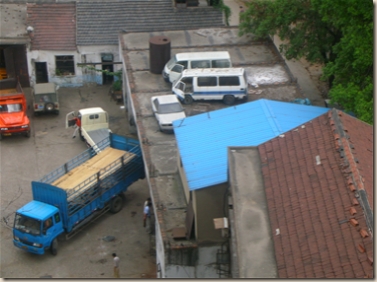 Put then on the roof.  Out of side; out of mind.  Those vehicles could not have been driven up there.

And of course I have another video on Youtube of the little guy, Tony K, Boy Tony or whatever I can think to call him.